I was barely a teenager – just 13 in fact – when I launched my digital marketing career.

When I was very small, my mother, Antoaneta, left me at home with the rest of my family in Bulgaria and travelled to England to build a new life for the two of us.

England was a land where, with hard work and persistence, she believed she could build a better life than was possible in the eastern European countryside that we called home.

We were reunited when my mum had set up a commercial cleaning company and brought me home to the UK.

I’ve always been interested in digital tech and media and so I began to learn as much as I could about this new marketing channel that, at the time was still pretty new and wasn’t as important in marketing as it is now.

I took over the digital marketing for my mother’s company and that has eventually helped to make her business one of the biggest and most successful in London.

In fact, my mum is the very first female entrepreneur I ever knew, and her work ethic, commitment and sheer determination to succeed has been the inspiration and launchpad for my own business journey.

I set up FOME to help other businesses achieve the success my mother has enjoyed, but her story has always been at the heart of everything we’ve done.

I guess that’s why I’ve always found myself drawn to businesses run by women and have always been determined to help those amazing female entrepreneurs achieve the success they deserve – because in I see my mother’s journey and my own in theirs.

That’s why I set up FOME Female – to give me the platform from which to specialise in and focus on helping passionate businesswomen to create badass, powerful, super-successful brands and businesses.

This has come at a great time because the women I now work in partnership with benefit from the years of experience we’ve gained in the work and successes we’ve already enjoyed.

Unlike many agencies working in the sector, FOME is not just one person trying to deliver everything to every client.

We’ve built a truly young, dynamic and brilliantly creative team of developers and designers who use up-to-the-minute knowledge and skills to bring real value to what they do.

I’m really excited to have the opportunity to stand up and be part of a new movement of talented and savvy female entrepreneurs who have the hunger, commitment and dedication to change the world of business.

Some fun facts about me

1. IF YOU COULD EAT ONE FOOD FOR THE REST OF YOUR LIFE IT WOULD BE:

2. MOST LIKELY TO BINGE WATCH:

e.  All of the above

I can belly dance

Go on a walk with my dog.

Now you know more about me

Let's get to know you 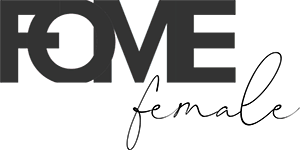 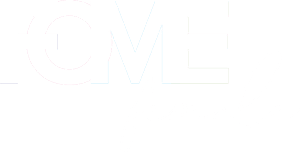